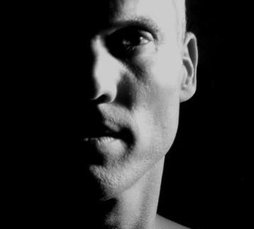 "art is the illusion of spontaneity"

Magnus Björklundh both works and expresses himself energetically in his artistry. An evolution of the painting exists that continuously aspires to optimize the power of an expression which fundamentally is minimalistic and concrete. The bright colors are central and they are laid frequently next to each other to an extent that is a hallmark for his painting. The painting balances between the abstract and the concrete. The separate and form-reducing, often linear, structures interact, meet and create abstract micro and macro worlds. It is easy to be moved by the work of Magnus and it is from the interaction between objects, person and room that he also finds inspiration to evolve his painting. What is happening in the room and how do the paintings impact those present in the room? As the colors are vibrating and glowing between themselves, so do also the paintings affect the sphere in the room and between the observers. Magnus does not only hand over paintings, but wants to follow up and note what happens when the art begins to impact. Based on these notes, he then takes inspiration for the development of his artistry. The painting thereby receives its changeable evolution, but with a distinct integrity and history.

There is something interesting that happens in the borderland between the concrete and the abstract. There is something essentially human in that specific sphere. Maybe it is the meeting between our world of ideas and the nature’s unrestrained movement which is both challenged and reconciled? When one becomes a formalistic prison and the other runs between the fingers, something fundamentally human is captured in the intersection. That is where we operate and create the world in which we live. Magnus Björklundh seems to reify this human location through his painting/work.